Construction Of Eastern Quay Wall For The Navy Base – East Port Said, Egypt

Project Overview:
Port Said East Port is one of the Egyptian ports Belonging to the General Authority of Port Said Port.
It is located east of the eastern Tafreih of the Suez Canal and is one of the most important axes of international trade between Europe and the East Mediterranean.
East Port Said Port is considered one of the major national projects and was inaugurated in October 2004 to serve the international trade and the transit trades that cross from the Suez Canal. The port is located in a unique location in the east of the northern entrance of the eastern side of the Suez Canal and at the confluence of three continents and on the main road of the East-West’s confluence. It is planned to make the most of this site to be the first nucleus for the establishment of the largest promising industrial zone its production is for export, to attract the major international shipping lines.

The port area is 35 km2 and the port is planned for the construction of berths with a length of 12 km. and is planned establishment of an industrial zone south of the port on an area of ​​87.6 million square meters. The total area of ​​the current container terminal is 600 thousand square meters, with a width of 500 meters, based on the importance of the geographical and economic location of the region, the Egyptian armed forces established a naval base with a length of 2 km on the Mediterranean coast at the eastern region of Tafreih. It was also decided to provide the base with a quay wall with a length of 1000 meters to serve the military base and to reach the depth of the wall to 14 meters to serve a wide range of ships.

The scope of works includes the following :
Construction of 1000 m Quay Wall 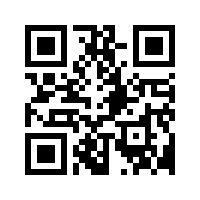